One of the major selling points for the Greenhills Town Center project by Vivoland Corporation is its ideal location. It is conveniently located in the heart of Quezon City, which is one of the major cities in Metro Manila. It is a dream for many to live in Quezon City. However, the real estate properties in the area are either too expensive or too crowded. In fact, this is the most populous city in the country. As the former capital of the Philippines, it is not surprising how that came to be. You won’t have the luxury to enjoy spacious living spaces as the city is already quite densely populated.

Therefore, Vivoland Corporation aims to transform the real estate landscape of Quezon City by bringing this five-tower residential condominium project. It promises to offer spacious condominium units so you and your family can live comfortably. In addition, you can enjoy a vertical living experience so you can get the privacy and quiet living that you seek without compromising accessibility to and from the city.

This location is also accessible to major business districts and commercial hubs in and outside of Quezon City. This is also where a lot of government offices are located in such as Batasang Pambansa Complex and the Quezon City Reception House. Greenhills Town Center is located in Santolan Road, Quezon City. It is now known as Bonny Serrano Avenue. It is located near the border to San Juan City and the Cubao District. Therefore, it is located near the head offices of some of the country’s armed units such as the Philippine National Police and the Armed Forces of the Philippines.

There are two light and one heavy rail transit system that runs through the city of Quezon in Metro Manila. Therefore, it adds to the accessibility of this location as you go from one point of Metro Manila to the next with ease. You can also access some of the major thoroughfares in Metro Manila through Quezon City such as Ortigas Avenue, EDSA, Mindanao Avenue, Aurora Boulevard, Quirino Highway, NLEX, and Elliptical Road.

If you are moving into Greenhills Town Center, you will be able to find many good schools within the area. Some of these schools include Breamar Christian Academy, Fountain International School, and Xavier School. In addition, top universities such as Ateneo de Manila University and University of the Philippines in Diliman are located in Quezon City.

This area of Quezon City is also home to some of the best hospitals and medical facilities in the city including The Medical City, UERM Memorial Hospital, and Quirino Memorial Medical Center. For your retail therapy, you can fill your desires with the many shopping centers available nearby like Robinsons Magnolia, Ali Mall, Gateway Mall, and Eastwood Mall. For your other lifestyle needs, Quezon City is a hub for other major destinations such as the Quezon City Memorial Circle, Araneta Coliseum, La Mesa Watershed, Our Lady of Mt. Carmel Shrine, EDSA Shrine, and the Ninoy Aquino Parks and Wildlife Center. 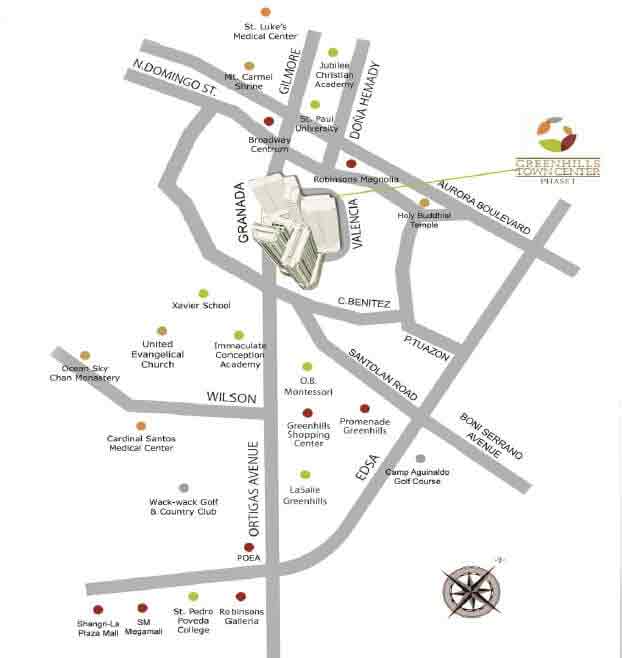 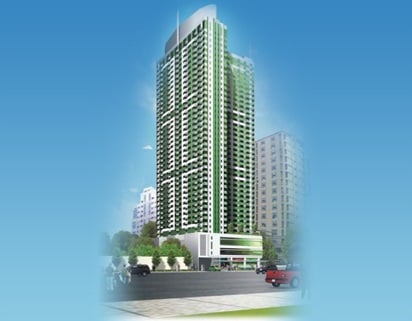